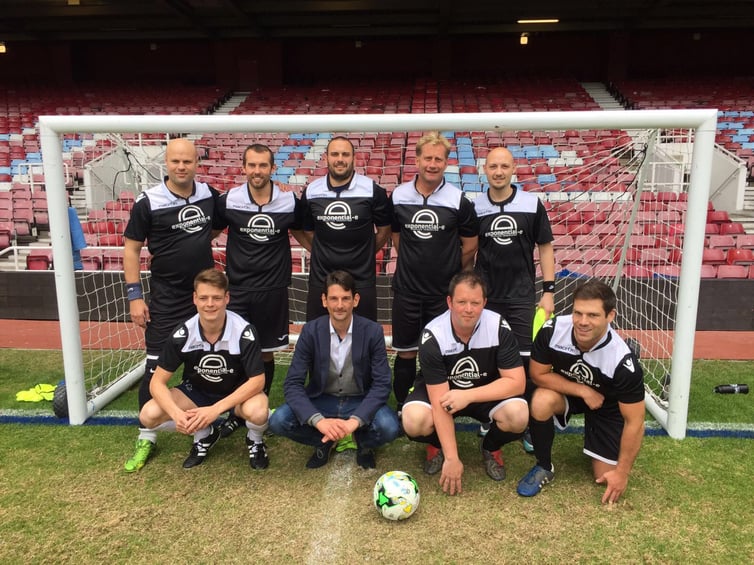 On Wednesday 25th May, Opus took part in the Exponential-e Channel Charity Cup – a new annual five a side tournament raising money for the Macmillan Cancer Trust!

The tournament was held at West Ham’s Boleyn Ground and pitched Exponential-e Channel Partners against each other with participating teams making donations to the charity.

Opus FC was drawn in a group against: Exponential-e, IT Labs and Alternative Networks. Although the competition was fierce we managed to get into semi-final.  We are proud of all the players and would like to thank them for their efforts during all games. We would also like to thank our supporters – the biggest of any of the teams!

Despite not winning our team had a great time and Adam Sankey, the manager of Opus FC, is already developing the strategy for next year’s tournament. Thank you Exponential-e for inviting us to participate and raise money for a great cause!

Opus Together™ is a group of services and technologies tailored to your needs, to allow you to achieve your business goals